Weirdest Foods in the World 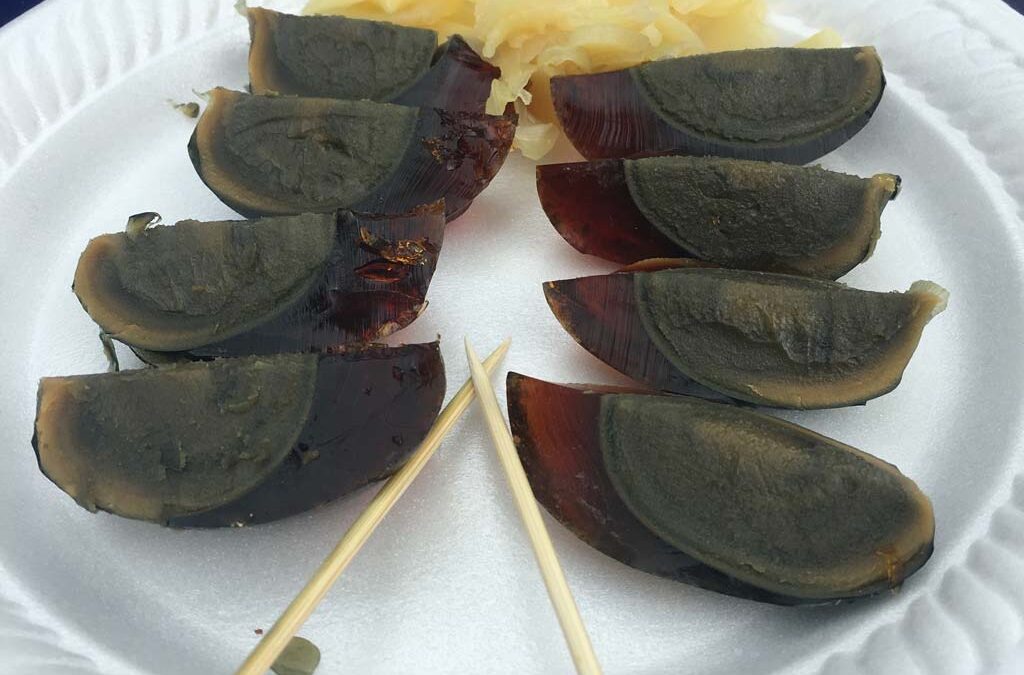 When you travel with someone who is on a quest to eat the most bizarre foods in the world, you come across a lot of truly bizarre foods. Whether it’s a new type of sea creature, a type of egg, or various animal parts – I’ve seen them all. Do you think you have a strong stomach? If so, I urge you to try some of these on your next trips!

Don’t imagine eggs that originated from those tiny red ants or even the bigger black ones you see in the city. Ant eggs, a delicacy in Thailand, come from weaver ants that live in the jungle. When the eggs are heaped together, they look like a mound of puffed rice. These eggs are tangy, because mango leaves are the staple diet of the ants. Find them at Khlong Tooei wet market in Bangkok.

One of the world’s most expensive foods – in Hong Kong, a bowl of this soup could cost you $100. This clear soup with a sweetish taste looks fairly innocuous until you realize that the nest in question gets its flavor from the saliva that the Swiftlet uses to make the nest. If the thought of eating birds’ saliva doesn’t gross you out, head to Hua Seng Hong in Bangkok’s Chinatown for an authentic bowl of the soup!

If someone handed you a rotten egg, what would you say? If you were a Vivek-like person in ancient China, you probably decided to eat it and then lived a long, happy life. Century eggs are eggs preserved with clay, ash and salt until the yolk is dark green and smells of sulphur. For modern day food adventurers who would like to extend their lifespan, you can find the century egg across food markets in China and Singapore.

You know you’ve reached the top tier of a list of bizarre foods when you spot fried tarantula. Not for the faint-hearted, this delicacy can be found at the ever-present insect carts in the streets of Cambodia. If you’re trying to summon up the courage to eat it, remember that it’s a little bit like eating bhujia, just of the insect variety.

I call this the test of true love. In the first month of our marriage, I had to shoot a video of Vivek eating balut – a Filipino delicacy that is half duck, half egg. It’s not a sight for the faint hearted, and definitely not something you’d imagine your spouse to cook at home. Balut is a popular street food that can be found on the streets of Phnom Penh, as well as in Philippines, Laos and Vietnam. This Valentine’s Day, test your love with the balut method!

Some people get their adrenaline rush from jumping off buildings and bridges, others get theirs by eating food that could kill them. Fugu, or puffer fish is one of the most dangerous foods in the world. The fish contain a deadly poison that is many times more poisonous than cyanide. And there’s no known antidote. Dare Eat That?